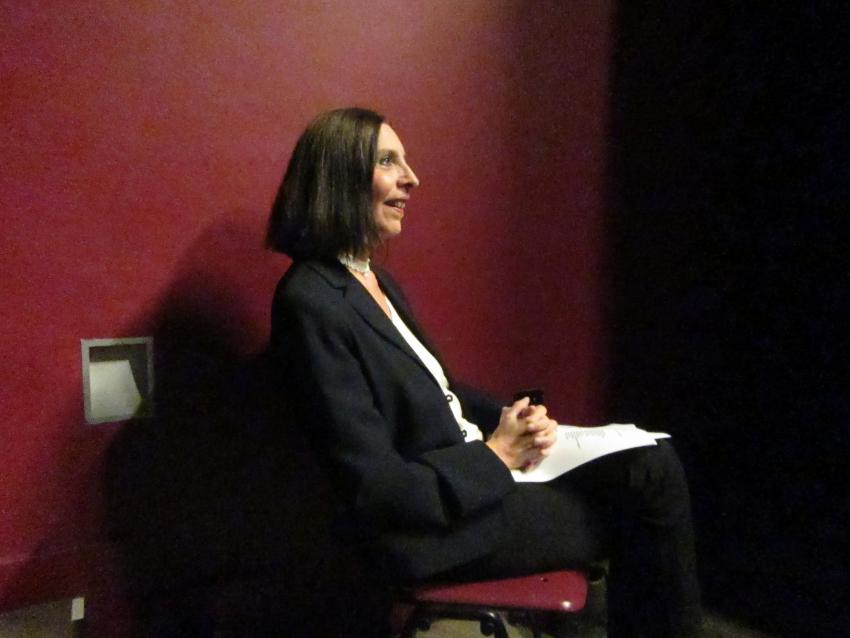 Belgian of Dutch origin, she was born in 1958. After her childhood in Africa, she attended the Jette’s school of music and carried on her studies at the Brussels’ Royal Academy of Music. Always fascinated by creating, she won a fourth prize at an international composition contest in the USA in 1997, as well as a composition contest for carillon.

She was also requested for a guitar solo by a Swiss publishing house after a cancelled composition contest.

In 2003, her work « Oppression » for solo piano was chosen in China for a concert in Pekin (composition competition), and the Brazilian guitarist Arnaldo Freire honored her by commissioning her a creation for guitar and string orchestra. This work was choosen in 2007 for a Women Festival in Pekin. Member of honor in Serbia for works for children's piano. Recording of children's work in 3 levels by Pilar Valero in Spain. Her works have been performed in Belgium, France, the Netherlands, Italy, Bosnia, Serbia, Spain, Germany, Tunisia, Bulgaria, China, Switzerland, Brazil and the USA (among other instrumentists, by Pilar Valero, Bruno Ispiola, …).

Danielle Baas collaborates with several authors, among which the French poetess Marie-Claude Jaslet-Guézec, Linda Rimel, an American poetess, Benoît Coppée, a Belgian poet and writer, and Nicolas Gianniodis, a poet of Greek origin.

In 2001 she created the Mikrokosmos Ensemble, a group of musicians with variable geometry, aimed at promoting the creating of Belgian works and broadcasting the Belgian music abroad. In 2004, the Ensemble receives the Fuga Award for the promotion of Belgian Musical Repertory. In 2005, she organizes a Belgian Contemporary Music festival, chamber music concerts in presence of the composers, the Festival Emergence.