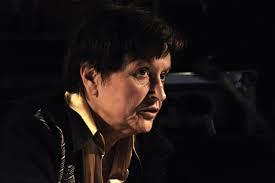 After her classic musical studies at the Royal Conservatory in Mons and Bruxelles, with Jean Absil, she discovered by chance the acousmatic music. Immediately convinced by the work of F. Bayle and P. Henry,  and by the revolutionary characteristic of this art (upheaval of perception, new method of composition by the spectromorphologic method, new way to listen), she started to attend several stages, she studied musicology (ULB, Bruxelles) and electroacoustic composition with G. Rebeil and P. Schaeffer at the Conservatory in Paris. She was the founding member of “Musiques & Recherches” and the studio “Métamorphoses d’Orphée” (1982), and she organized a cycle of concerts and the festival of acousmatic music “Espace du Son”, through the creation of an ensemble of loudspeakers, the first and unique acousmonium in Belgium. She also created the magazine of aesthetic music “Lien” and the repertory of “electrodoc” for the publication of electroacoustic works. She founded the competition of composition “Métamorphoses” and the competition of interpretation of the space “Espace du Son”.

Professor in electroacoustic composition at the Royal Conservatory of Liège (1986), after in Bruxelles (1987) and in Mons (1993), she founded a section of electroacoustic music at the Conservatory in Mons, officially recognized since 2002, within the european framework of higher education (Bachelor, Master, PhD).