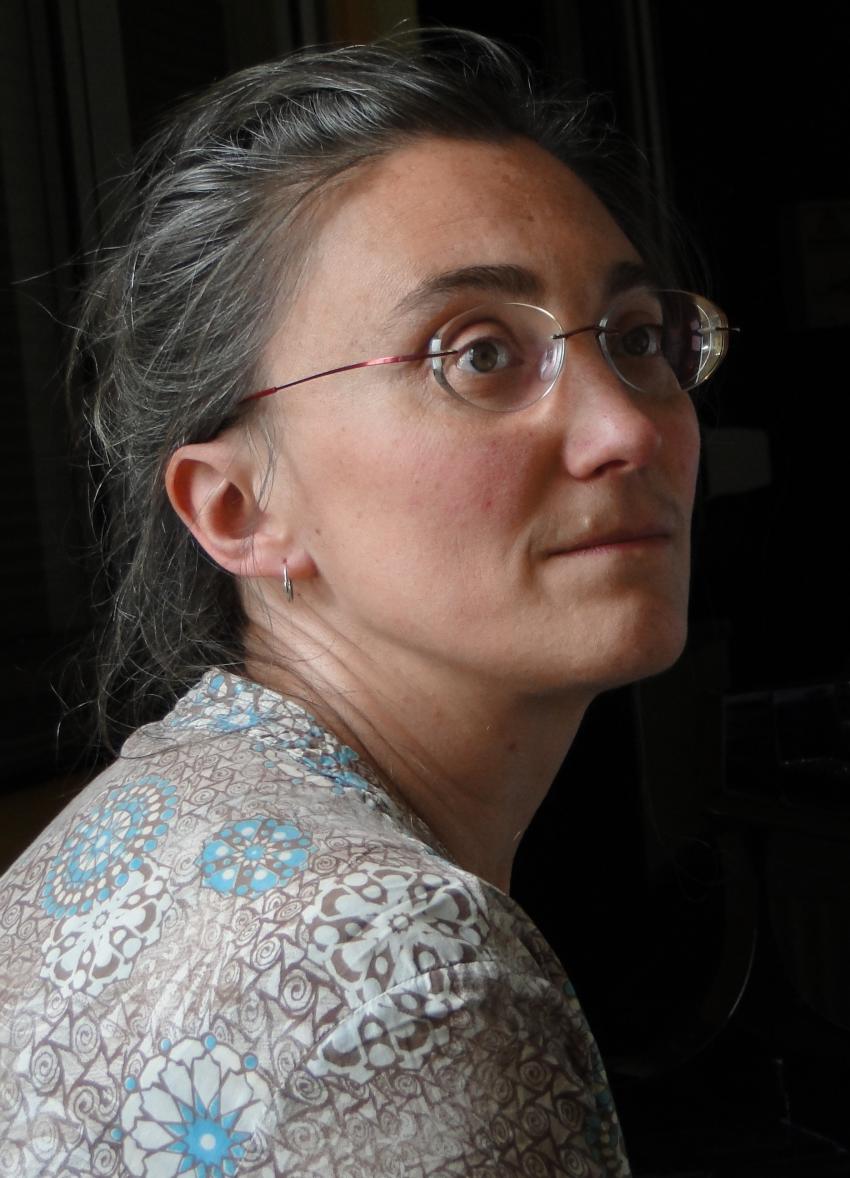 Paula Defresne, Belgian composer and performer, studied music at the conservatory of Liège where she regularly participates in numerous projects of contemporary and improvised music, under the direction of J.P.Peuvion and Michel Massot. She also studied writing with F. Rzewsky and Garrett List; at the same time, she was introduced to traditional Persian percussion by Madjid Khaladj. Her love for small musical forms and fine timbres, as well as her constant research in the field of pedagogy, led her to meet György Kurtág on several occasions.

She has been teaching piano since 1998 at the Académie Jean Absil in Etterbeek and in Waremme since 2006.

A scholarship holder at the Centre de Recherche et de Formation Musicale de Wallonie in 2002, she has been composing various pieces since 1997, which were premiered at the Ars Musica Festival in Lisbon and at the Festival de Wallonie. She performs on clarinet in concerts of improvisation and experimental music.

She was a member of Qo2 (experimental music ensemble founded by Julia Eckart), the Fanfare RageDedans (participation in many street festivals in Belgium and France as well as in the shooting of the TV film "Comme sur des roulettes" RTBF and FR3), she also played with Nico Roig (composer from Barcelona) in Os meus shorts (electric guitar and bass clarinet: improvisation on themes by Nico Roig).

For the ensemble Ouïe-dire et compagnie with Anne Gennen on saxophone and Marie-Eve Ronveaux on cello, she set to music various texts by Christian Bobin, including Le jour où Franklin mangea le soleil (The day Franklin ate the sun), which became the title of the show with which the three of them tour in schools in Belgium thanks to Jeunesses Musicales.

One of her compositions (Nawba, for 2 sopranos and 3 clarinets) was recorded, the CD "Naturel" in collaboration with Quebec released in July 2005 on the Atma classique label.

In November 2006, the Espace Senghor (Brussels) invited him to present his work as part of the "Focus on our Belgian composers" series, set up by Eric Leleux and Marie-Christine Ecrepont.

From 2005 to 2008, she worked in collaboration with Tony Di Napoli, sculptor and designer of a singular litophone. This collaboration gave rise to several compositions, including a large one-hour musical fresco, premiered on 2 October 2005 in Liège, and "Nocturnes" for violin, piano and lithophones (commissioned by Ensemble 88 in Maastricht and premiered at the Festival of Flanders in July 2007). A series of concerts followed, in Metz and Luxembourg as part of the project "un rêve de pierres" (Luxembourg 2007) as well as in Comblain au Pont and Trier in the Opening! Festival 2007.

In September 2007, they were both invited to a one-week residency in the Giele Botter nature reserve by Annick Puëtz (a Luxembourg dancer) to prepare the "Duerchzuch um Giele Botter".

In 2008, they took part in Labo#7, together with violist Dominica Eyckmans.

In 2008 and 2009, she was able to experiment with the approach to contemporary music with 11 beginner students from the Jean Absil academy in Etterbeek while working on her composition "Pour un festin au creux de l'oreille", which was premiered by the children themselves on 16 April 2008 at the Espace Senghor.

Since 2009, she has been taking courses in Latin calligraphy with Valérie Hallin and Celtic harp with Primor Sluchin.

From 2010 to 2012, they will produce a series of calligraphies on poems by Pierre-Paul Delvaux and for the editions of Maredsous "Traductions-Résonances" by Father José Michaux.

In 2013, direction with Nicolas Dechêne of the music for the documentary film "l'Hôte et l'invité" by David Houbrechts.

Increasingly involved in training courses and awareness raising on sustainable development around my traditional high-stem orchards.