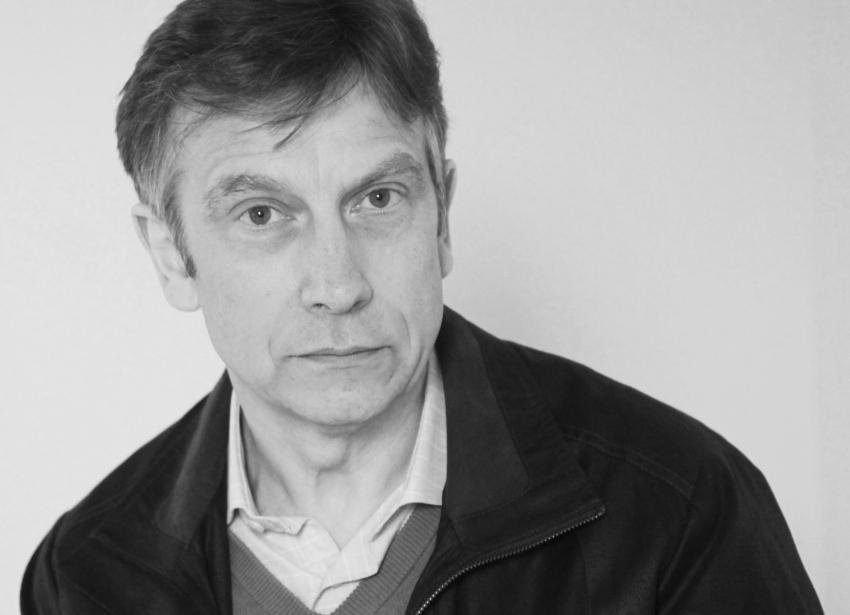 Born in Ath (Belgium) in 1954, Jean-Pierre Deleuze studied at the Royal Conservatory of Brussels where his principal teachers were Jean-Marie Simonis (harmony), Jacques Leduc (fugue) and Marcel Quinet (composition). He also attended a class in musical analysis given by Olivier Messiaen at the Centre Acanthes; this experience had a significant impact on his vocation for composition and his aesthetic orientation.

Initially, his musical language was influenced by the late works of Alexander Scriabin. This led him to search for a “harmonically coloured” musical language, using non-tempered sounds and others techniques. In 1998 he wrote Ellipsen for clarinet, violin and piano, for which the Royal Academy of Belgium awarded him the Irène Fuerison Prize. In this work the use of non-tempered sounds results from the alignment of natural harmonics.

Christophe Pirenne in Les musiques nouvelles en Wallonie et à Bruxelles described Deleuze’s most recent work as “evolving towards a very personnel imagination, especially in Espaces Oniriques”. The influence of spectral aesthetic and oriental concepts has become increasingly prominent. This is particularly clear in Quatre Haïku, évocations poétiques pour orgue (premiered in Sapporo in 2004), in Meguru, a cycle of classical Haïku sung in the original language, for voice and ensemble (commissioned by the Ars Musica festival in 2011), in Et les sonances montent du temple qui fût (commissioned by the ensemble Musiques Nouvelles for the World Music Days 2012), in Toshi-kurezu for organ (premiered in Tokorozawa in 2013) or in « Le Pavillon des songes » for string quartet (commissioned by the Ars Musica festival and premiered by the Quatuor Tana in November 2016).

In January 2007 he was elected a member of the Royal Academy of Belgium. In November 2014, he was the winner of the SABAM Awards for contemporary music.

At the same time as composing, Jean-Pierre Deleuze has remained devoted to the teaching of musical theory. From 1983 to 1989, he taught harmony at the Royal Conservatory of Brussels where he participated in the research on educational method by Jean-Claude Baertsoen. In 1989 he was appointed Professor at the Royal Conservatory of Mons. He has there developed an original pedagogical programme using the critical study of syntax, techniques, forms and styles of great composers from the Renaissance period right through to the 20th and 21st centuries. He also taught musical analysis at the Queen Elisabeth Music Chapel during the 2001-2004 session.