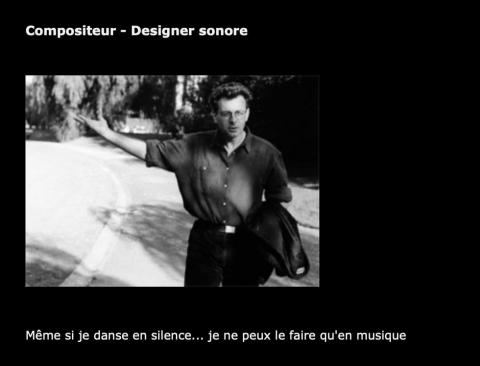 Stephan’s spirit possessed an uncommon lightness, suppleness and expansiveness because it was blessed by something larger than life. As a wonderful composer, his music is replete with these qualities. But, Stephan’s gifts were multifold. He was also a wonderful person, highly intelligent, extremely generous, kind, loving, honest and decent while still remaining true to his values.  A giant among men.

He was grounded in reality but, at the same time, defied gravity. As an attestation to these twin traits, he could tend to the sublime - such as composing, initiating great artistic productions as well as seeing them through - and the ordinary, and both with equal dexterity, commitment and utter humility.

He also was a very highly sensitive and refined person, but he often hid these qualities behind a gruffer exterior.  Through conversation and action, however, his vast repository of knowledge about the intricacies of the human experience would come into play.

A master of instant communication, but a staunch friend, you could reach out to him at a late hour needing support, and he would be at your front door 20 minutes later.  His was the type of air-tight friendship that you could count on during the worst vicissitudes of life.  Very rare is such a man. But, he also delighted in mirth.

A consummate yet discrete professional, he carried on his duties unflinchingly until the day when, after decades of his incredibly light but caring presence, he was suddenly gone.

His many gifts were staggering in their depth and scope and they are now beacons for us to follow.

An oak has fallen at our feet. Stephan Dunkelman is gone, in silence, in discretion. He left with his head held high and left a huge void in the hearts of his friends and in the world of electroacoustic music. But who was Stephan Dunkelman?

Loved by all for his humor and good humor, his generosity, his dedication and his artistic and human integrity, Stephan also remains a mystery to many of his friends. He frequented various musical and social circles with equal ease. He participated with equal happiness in different cultural projects and many artists have collaborated with him.

Lover of his freedom, he did not comply with any diktat and did not subscribe to any dogma. A creative and committed artist, he searched in all directions and did not reject any leads. Having a free and open mind, he knew how to listen to all opinions and stay true to his own convictions.

Stephan was also a man of extremes, articulated on a sturdy plinth, and knew so well how to combine lightness and depth. He was extremely sensitive and of ineffable delicacy as much as he was a being of action and effort. How many times has he transported, assembled and disassembled gear so that an event could take place, help a colleague in need, open new perspectives. Immensely cultured, he was also disconcertingly modest. A very delicate person, he could also be formidably frank. Highly intelligent, he could also be childishly candid. Of the myriad ideas roaming his mind, he couldn't express them all at once, and more than once his mouth was behind his mind, adding to his charm and touching vulnerability.

It is hard to know from where his tremendous energy came. Something like a philosophical oath seemed to have guided his steps through the twists and turns of his life. From his Jewish origins, Stephan drew more on them than he led on. After all, the only true philosophy is that which translates into action.