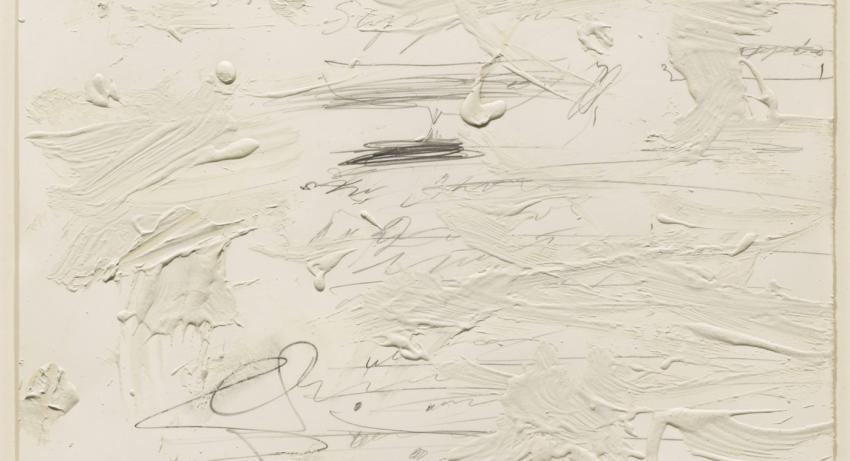 The second act of this evening will be devoted to the creation of two pieces, "Poems to the Sea" by Franck C. Yeznikian and "Les Neufs Chants du Fleuve jaune" by Hao Fu Zhang, commissioned by the Brussels ensemble, Sturm und Klang, around water and its flow. Water inspired painters a lot, but as a source of musical inspiration, it took the advent of Romanticism for music to discover its poetry. We had thought about imitating the noise, but nothing more. It was to belong to the music of the 21st century, to sing the deep drama of the sea and the miraculous magic of the rivers. "Poems to the Sea", magnetized by Cy Twombly's 24 paintings, is inspired by the indecipherable polysemy of traces, the tremor of the letter and the number, the suggestive power of scratches and erasures, letting a presence, a movement appear fragmentedly through the forms of graphs convened and shared between writing and sign but drowned in clusters or maculations of waves in scum. The "Nine Songs of the Yellow River", whose title is borrowed from the poem "The Nine Sinuosities of the Yellow River and its Thousand Deserts" by the poet Liu Yuxi（772-842）de the Tang Dynasty, will reveal the miraculous magic of a River, symbol of life and nourishing fluid that allowed the development of Chinese civilization in the central plains region since 2000 BC.C, through a sequence that will give us the opportunity to imagine its nine meanders, bringing back to our memories the poetry of an ancestral time. Between these two horizons, Schumann will be invited with the Intermezzo of his Rhineland Symphony, reorchestrated for the occasion by Gwenaël Grisi for the Ensemble Sturm und Klang. Cy Twombly, Poems to the sea, Vi, 1959