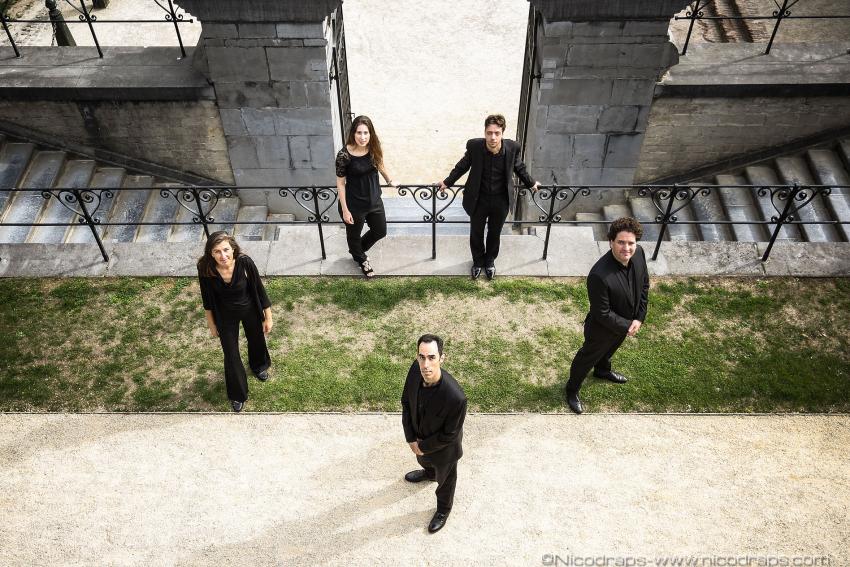 The development of a school, a current of thought or a style, unlike a break, is progressive and evolutionary. Yet, even when there is a break, it is rarely abrupt and the past always ends up leaving its traces. Certainly, the composition technique created by Schoenberg, called dodecaphonism and based on a concept of 12 notes avoiding tonality, gave birth to the serial music that marked the 20th Century in a considerable way, breaking with the music that preceded it like never before. Nevertheless, many composers from this school developed their own visions of this current, passed it on to their students, whose most talented students themselves brought new elements to it, thus contributing to its evolution.

In the line of Schoenberg's current, we find Webern, of course, but also Jacqueline Fontyn, a disciple of Max Deutsch himself a fervent disciple of Schoenberg, and Haofu Zhang himself a disciple of Jacqueline Fontyn. If the filiation remains palpable between these composers, each one expresses it with his own personality. From the birth of this movement, as evidenced by the Brahmsian elements of Webern's keyboard quintet, to the present day by Haofu Zhang's quintet, which is imbued with elements from traditional Chinese culture, the programme of this concert will thus cover a full century of evolution around a current that is still very much alive and which has been diversified and enriched by the pen of various personalities.