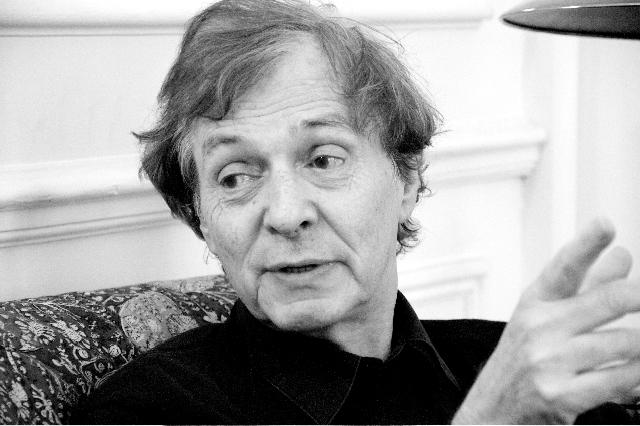 Philippe BOESMANS was born in Tongeren (Belgium) in 1936. After he studied piano at the Conservatoire de Liège, he chose for a composer’s career. Initially greatly influenced by serialism, he soon felt it necessary to break beyond its constraints and exclusions. Never dismissing this recent heritage, he nonetheless developed a profoundly personal musical language, at the very centre of which lay meaningful communication with its audience. Boesmans’ career has been a prestigious one. He has consistently participated at important contemporary music festivals (those of Darmstadt, Royan, Zagreb, Avignon, Almeida, Strasbourg, Montreal, Ars Musica, Salzbourg and IRCAM to name but a few) as well as recording extensively. Based in Brussels, he also took up the post of producer at the television company RTBF in 1971, going on to become the composer in residence at the Monnaie, where Gerard Mortier commissioned several of his works, including La Passion de Gilles (1983), the Trakl-Lieder (1987) and his 1989 orchestration of L’Incoronazione di Poppea de Monteverdi. His relationship with La Monnaie continued to be a fruitful one, Bernard Foccroulle commissioning in 1993 a new opera, Reigen, staged by its writer Luc Bondy, who adapted the piece from the Schnitzler opus of the same name. That same year, the production toured to Strasbourg, continuing on to the Monnaie and the Theatre du Châtelet in 1994, and the Frankfurt Opera in 1995. Reigen continued to be staged throughout the Nineties, for instance at the Nantes Opera (1997), the Wiener Opern Theatre (1997), in Braunschweig (1998) and Amsterdam (1999). In 2004, a new version of the piece, adapted for chamber orchestra, was commissioned from Fabrizio Cassol by the Rhine National Opera, and staged by the Rhine Atelier at the Colmar Municipal Theatre that May. Further performances were scheduled in Mulhouse, Paris, Strasbourg and Lausanne. The Opera Studio Nederland toured in September and October 2007 in a staging of Harry Küpfer. In further collaboration with Luc Bondy, Boesmans created Wintermärchen for La Monnaie in 1999. This production too proved highly successful, being performed the following year at the Lyon Opera, in Paris at Châtelet, and at the Barcelona Liceo in 2004. Further performances were programmed in Braunschweig, Vienna and Nuremberg. The opera was recorded in 2000 with Deutsche Gramophon. The one-act opera Julie was created in 2005 at La Monnaie and was programmed at the Wiener Festwochen and at the Festival d’Aix-en-Provence. Other productions were programmed in Braunschweig (2006), London (2007, Bolzano (2009), Sweden (2010), … The last opera Philippe Boesmans composed, again in collaboration with Luc Bondy, was Yvonne after ‘Yvonne, Princesse de Bourgogne’ from Witold Gombrowicz. This opera went in première in 2009 at the Opéra de Paris and programmed at La Monnaie in 2010. A new version of his orchestration of “L’Incoronazione di Poppea” from Monteverdi went in première at the opera of Madrid in June, 2012. During his career Philippe Boesmans obtained many prices: the Italia prize for Upon La-Mi. His Concerto pour violon and Conversions CDs won no less than six prizes, including the Koussevitzky International Recording Prize and the Charles Cros Academy award. He was awarded the Arthur Honegger Prize in December 2000, and the SACD Music Prize in May 2004. In December 2007, the DVD of Julie (BelAir Classiques) received several prices among them le Grand Prix Charles Cros. In 2009, Philippe Boesmans was awarded for Yvonne, princesse de Bourgogne ‘le prix de la critique française’ for the best creation of the year and the CD received de Diapason d’Or. Other works include the 1991 Daydreams for marimba; Love and Dance Tunes, based on Shakespearean sonnets and arranged for baritone and piano (1993, 1995); Dreamtime (a 1994 arrangement for harp, tuba solo and instrumental ensemble); the string quartet Summer Dreams (1994); and Smiles, a percussive duet created in March 1995 for the Ars Musica Festival. 1996 saw the commissioning by the Ensemble InterContemporain of Ornamented Zone, an arrangement for clarinet, alto, violin and piano, Philippe Boesmans ‘most important compositions include: - Fanfare II for organ (1972) - Sur MI for two pianos and percussion (1974) - Doublures for instrumental ensemble (1976, commissioned by Ensemble Intercontemporain) - Concerto pour Violon et Orchestre (1980) - Extases II (1985) - Quatuor à cordes n°I (1988) - Surfing for alto solo and instrumental ensemble (1989) - Daydreams for marimba (1991) - Love and dance tunes for baritone and piano, after Shakespeare ‘Sonnets de (1993) - Reigen (1993) opera in 10 acts, libretto Luc Bondy after Arthur Schnitzler - Summer Dreams, string quartet n° II (1994) - Smiles, a piece for two percussionists (1995) - Ornamented Zone for clarinet, alto, violoncello and piano, commissioned by Ensemble Intercontemporain (1996) - Wintermärchen (1999) opera in four acts, libretto Luc Bondy and Marie-Louise Bischofberger after The Winter’s Tale from William Shakespeare - Julie (2005) opera in one act, libretto Luc Bondy and Marie-Louise Bischofberger after Fröken Julie from August Strindberg - Sextuor à clavier (2006) - Yvonne, princesse de Bourgogne, opéra en 4 actes, livret de Luc Bondy et Marie-Louise Bischofberger d’après la pièce homonyme de Witold Gombrowicz (2009). - Chambres d’à côté pour ensemble instrumental (2010) - Poppea e Nerone (2012)
daniellecantraine