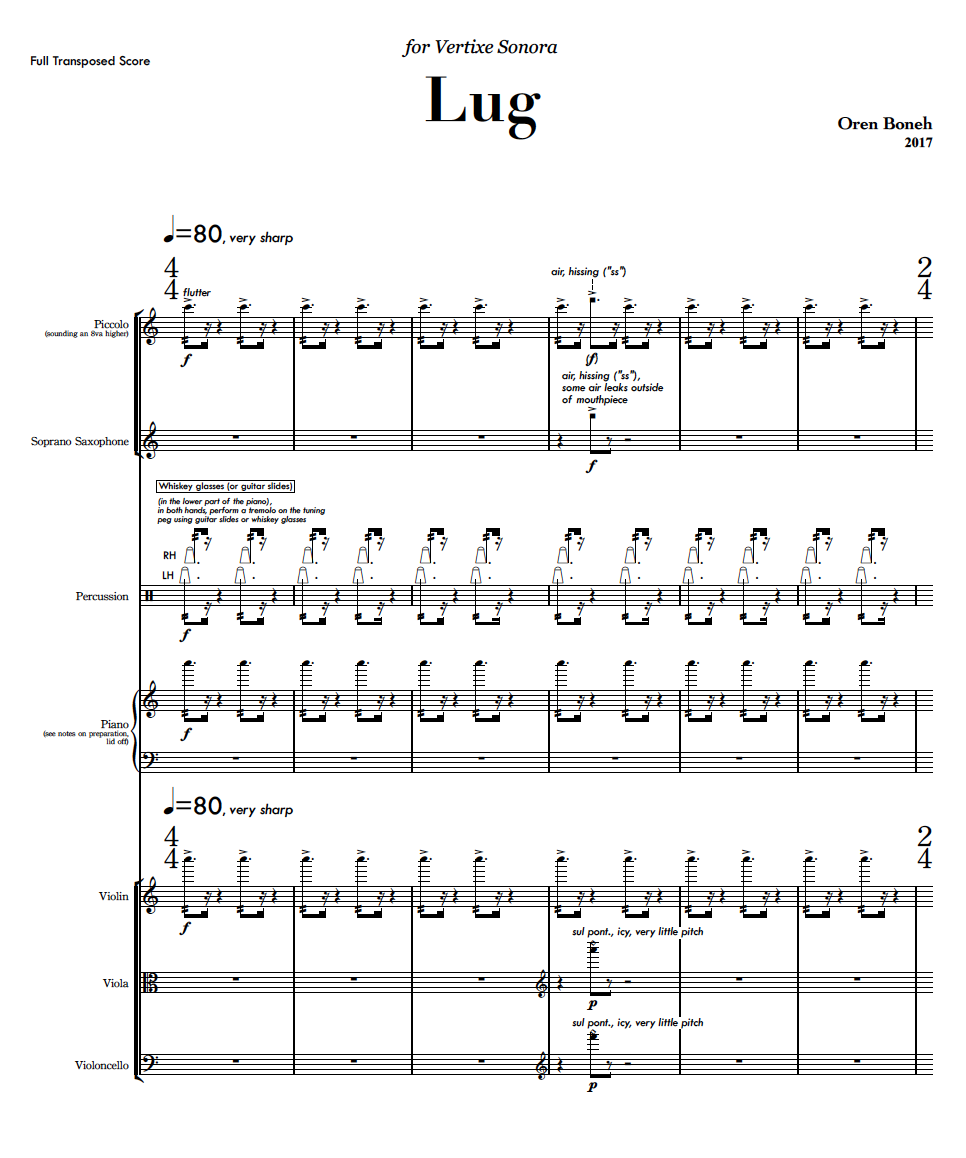 Lug (2017) is partly inspired by the work of Eduardo Batarda that was showcased in the exhibit Mise en abyme at the Galician Centre of Contemporary Art. One striking feature of Batarda’s paintings is the bombardment of characters superimposed on top of other images. Likewise, in Lug, a variety of musical characters appears, stuttering, faltering, trying to reconcile their differences. Lug was commissioned by Ensemble Vertixe Sonora to be performed alongside the exhibit of Batarda’s works.