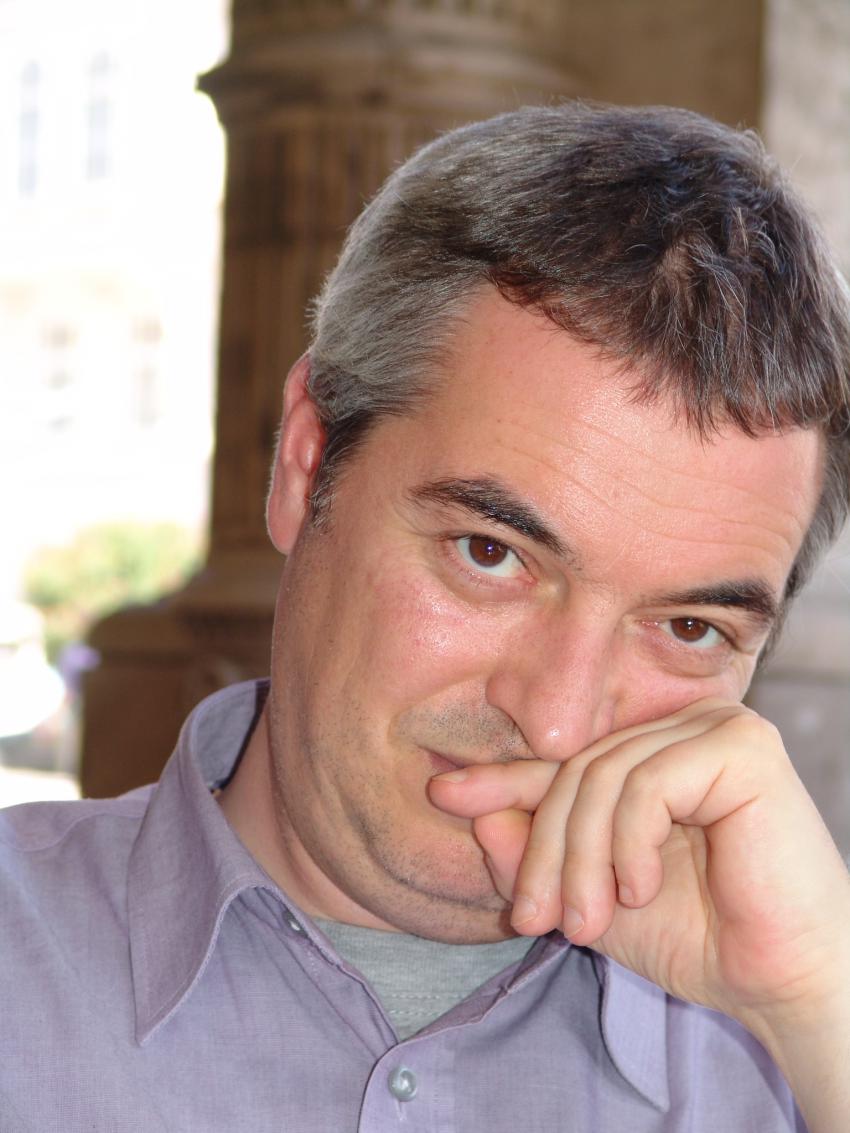 Born in Liège in 1968, Michel Fourgon was a student at the Liège Conservatoire. He studied composing with Claude Ledoux and electro-acoustic composition with Patrick Lenfant. In 1992 he graduated from Liège University in the Arts and Science of Music. He worked there from 1993 to 1995 as a researcher for Henri Pousseur. He is particularly interested in the relationship between text and music and has directed several musicals. Recently, he has been working on other kinds of multidisciplinary projects. Since 2001, he has collaborate frequently with the “Orchestre Philharmonique de Liège”. His music attempts to create a personal synthesis of the discoveries of the recent past while seeking new paths through speech and expression. The foundations of the his work lie in combinatory techniques touched with poetic lyricism which reveal his interest in literature. The music refuses radical systematisation or shutting out of different styles or practices and is intended to be open to abrupt and harsh tones as well as soft or shimmering sounds. He has recorded several pieces for Cyprès Records. Michel Fourgon now teaching composition and music history at the Royal Conservatory of Music in Liège, Belgium.
michelfourgon@scarlet.be