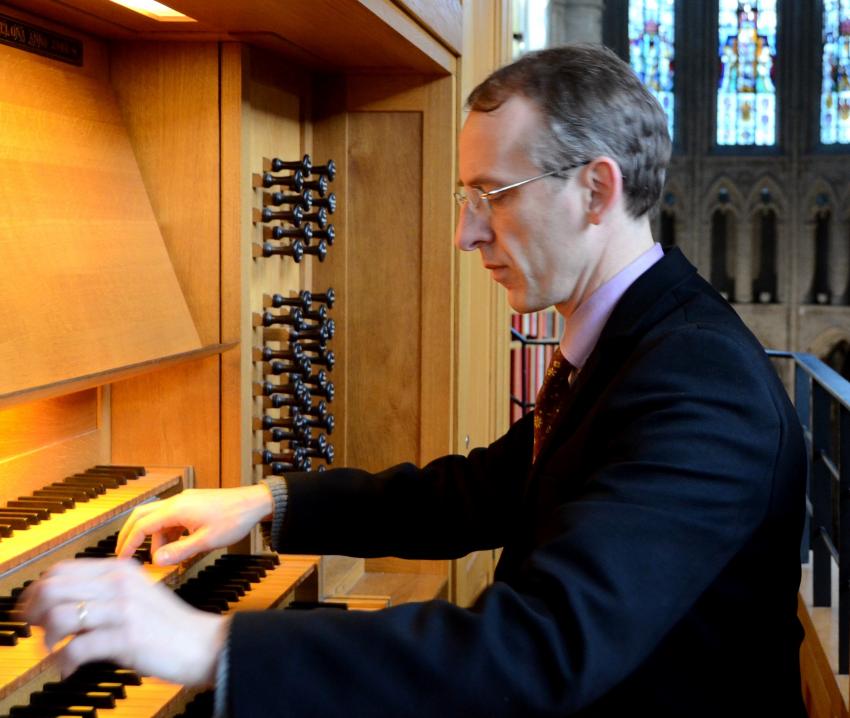 Organist, main organist of the Saint Michael and Gudulae Cathedral of Brussels, Belgium

He won some national and international Organ Competitions as Axion Classics (Brussels), and was finalist of the 1st International competition Gottfried Silbermann of Freiberg (Germany).

He was also 1st continuo player of the Baroque Orchestra les Agremens conducted by Jean Tubery and Guy Van Waas, and accompagnator of the Chamber Choir of Namur (Belgium) conducted by Pierre Cao, until 2010.

He was appointed in 1993 as main organist of the Church Our Lady of Finisterrae in Brussels and created an organ concert serie «Organ on Monday». With his wife Momoyo Kokubu, he organized more than 700 concerts with organ and other instruments.

As main organist of the Cathedral of Brussels since 2010, he is the artistic director of the Cathedral Concerts and the Messes Festives. He also plays the ceremonies in presence of the Royal Family of Belgium.

Since the year 2002, Xavier Deprez is organ teacher at the Royal Music Conservatoire of the city of Mons, and teaches organ interpretation and improvisation.

As a recitalist, Xavier Deprez has been invited in european Festivals (Belgium, France, Swiss, Netherland, Italy) and gave concerts in Japan as soloist, and with his wife (four hands and four feet programmes).

Main organist of the Cathedral of Brussels, Belgium

Inauguration of the Grenzing organ,